Slide Anything shortcode error: A valid ID has not been provided 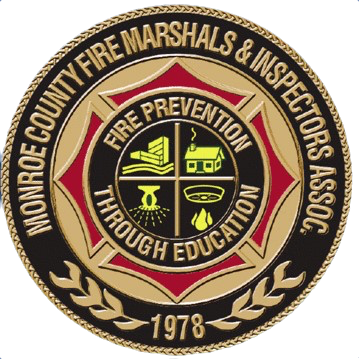 A MESSAGE FROM THE PRESIDENT

Please look around our web-site for information about Monroe County Fire Marshals & Inspectors Association and ways to improve fire and life safety.

The information on this site is constantly changing so visitors are encouraged to check back on a regular basis for new items of information.

A new study has found that the effectiveness of audible smoke alarms for children is best with a low frequency tone and a voice used in the alarm, and that a child’s age also significantly factors into the response time. The study, “Age-Dependent Responsiveness to Smoke Alarm Signals Among Children,” which will be published in the May 2022 issue of Pediatrics (published online April 25), notes that it has been established that children are more difficult to awaken from sleep than adults. The study found that among 12-year-olds, only 56.3% escaped within one minute (and 67.6% within two minutes) when the alarm used a high-frequency tone, typical of the type of alarm in most homes. However, an alarm using a voice and a low frequency tone was more than 96% effective at awakening and prompting escape within one minute among children 9 years and older. The study population consisted of 540 children ages 5-12 years old, who were enrolled in three previous studies on smoke alarms for children, and age had a statistically significant effect on the proportion who awakened for each of the four alarm types that were used in the study. A fire escape plan that includes the adult rescue of children is strongly recommended, the authors note. 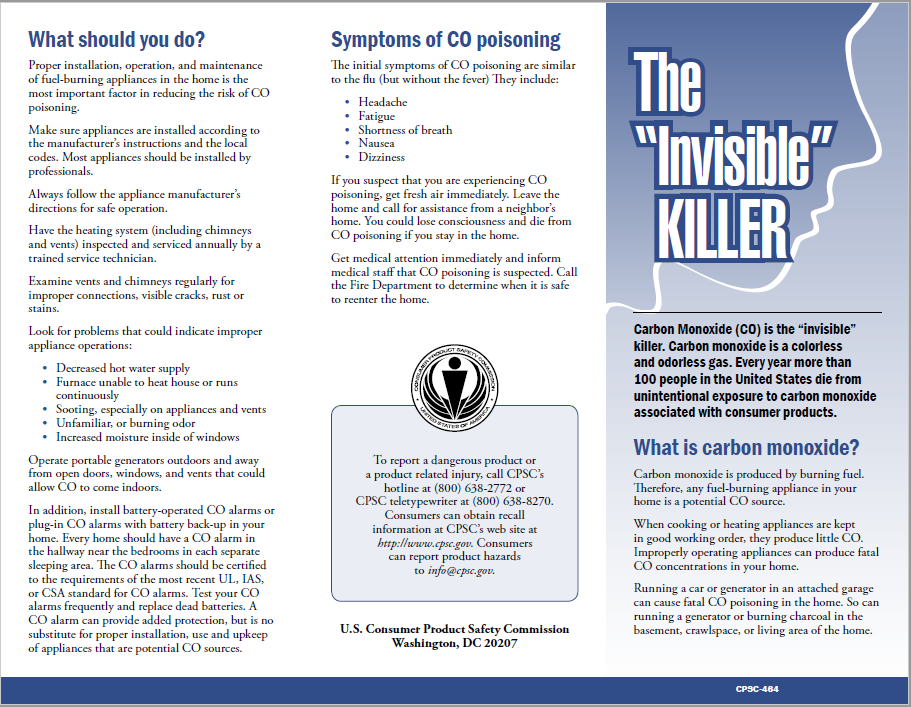 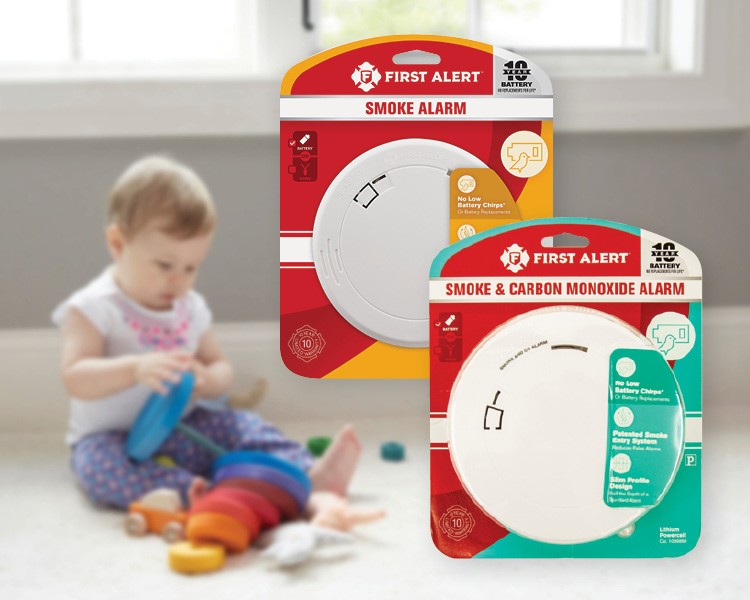 We all know that properly functioning smoke alarms save lives.

In fact, having a working smoke alarm cuts the chances of fatalities in a reported fire in half. It’s no debate that smoke alarms are extremely important when it comes to keeping you and your family safe. That’s why New York State legally requires homeowners to have a smoke alarm in each bedroom, near all sleeping areas and on every level of the home, including the basement.

In late December of 2015, it was announced that New York State Governor Andrew Cuomo signed a new law requiring that all battery-operated smoke alarms sold in New York State be equipped with non-removable, 10-year batteries.

The purpose of this law is simple: if the batteries are sealed in for 10 years, homeowners can’t borrow them for the remote, or forget to change them on an annual basis. That means less non-functional smoke alarms and more early warnings when a fire breaks out. It’s no wonder that this law is being praised by the Fireman’s Association of the State of New York for helping to keep people safe in their homes.

Robert Leonard, public relations chairman of the Firemen’s Association of the State of New York, told The Buffalo News “The goal of this legislation is to require all stores in New York to only carry the 10-year, sealed battery smoke alarm.” Retailers, including Valu Home Centers, have already been stocking and selling 10-year sealed alarms by choice. Traditional non-sealed alarms will not suddenly disappear from your local hardware store, but when they are gone they will not be restocked.

…but it is a good idea to replace your smoke alarms as soon as possible.

There are a number of significant reasons to switch to 10-year sealed smoke alarms. Regardless of your reason, these alarms are considered to be much safer than their non-sealed counterparts by the very folks who would show up to fight a fire in your home. Not only do they help eliminate faulty alarms due to tampering, they drastically reduce the number of false alarms answered by local fire departments due to low battery alert ‘chirping’ sounds. The resources saved from reducing these types of ‘nuisance’ calls help firefighters better serve their communities.

Here are some FAQ’s about 10-year sealed smoke alarms:

Are they more expensive than non-sealed alarms?

Up front? Yes. In the long term? No. Most 10-year sealed smoke alarms range in price from roughly $20-$30, making their initial investment higher than a non-sealed alarm, but non-sealed alarms require annual battery changes. The cost of these replacement batteries average $38 over their 10-year life span, meaning they ultimately cost more than the sealed version.

Do they really last 10 years?

Yes! The sealed lithium battery (included) will never have to be replaced throughout the life of the alarm, giving you a decade of peace of mind even in the event of a power outage. Like all safety alarms, 10-year sealed smoke alarms should still be tested at least once each year using the button on the front of the unit to ensure they are working properly.

Will the alarm sound every time I’m cooking something?

No. There are 10-year sealed alarms designed for the kitchen with advanced sensors that can tell the difference between cooking smoke and real fire. The dangerous habit of disabling or removing smoke alarms after a nuisance alarm while cooking is a major part of why this new legislation went into effect, so alarm manufacturers considered this issue in the design of 10-year sealed alarms. You are very likely to experience fewer nuisance alarms than you did with your traditional battery alarm.

There are advantages to both systems. Hard-wired smoke alarms tie into your home’s wiring and require professional installation, but generally do not require battery changes unless they feature a backup battery. 10-year sealed battery-only alarms are simple to install, and they work during a power failure. All smoke alarms have a life span of 10 years, sealed or non-sealed, and should be tested on a regular basis. When the battery wears out in a 10-year sealed alarm, the entire unit must be replaced, which helps prevent outdated units from staying in circulation.

What about landlords and their rental properties?

10-year sealed alarms offer security and convenience to landlords, who are legally required by New York State to provide smoke alarms in their rental properties. The tamper-proof design of these alarms prevents tenants from taking the batteries out due to nuisance alarms, or to use the batteries for another purpose. The 10-year lifespan of these lithium batteries means fewer changes and equipment updates. Overall, there is a lesser chance of equipment failure in the event of a fire. It’s a win-win situation for both landlords and their tenants.

Amanda’s Law requires that all homes in New York State have CO alarms, but they do not have to be 10-year sealed models. Valu Home Centers stocks and sells 10-year sealed battery powered CO alarms because they offer the same life-saving benefits as 10-year sealed smoke alarms, but there are several reasons why these sealed CO alarms may not become legally required. First, CO alarms are not as easily triggered by cooking smoke or steam as traditional battery powered smoke alarms, so they are less likely to be disabled or removed due to nuisance alarms. Second, CO alarms are typically plug-in models, which is ideal since CO is heavier than smoke and is typically found closer to the ground. Having your CO alarm plugged in near the ground is ideal, as compared to smoke alarms which are best most effective when mounted near the ceiling.